Steven über die Zusammenarbeit: "It's nice to know that what [Mikael and I] always suspected was that when we actually got together [and began collaborating on songs], it was gonna be quite easy. It was also in the back of your mind, thinking, 'Maybe it won't work.' Maybe it [was] just built up so much [in my head before we started writing material], and it was so easy. So easy. And the music was so crazy and so inspiring to both of us. So I think that was good to feel, like, 'It's gonna work.'"

The funny thing is that the music we're making together is actually nothing like either of us made before. Because I think we both had this idea of this kind of music that we knew we couldn't get our bands to play, but that we both kind of understood where we were coming from. 'Cause we have this kind of passion [for] very experimental, obscure records, almost orchestral in their scope. And we wanted to make a record like that for a long time.

It's a long way from metal and it's a long way from anything that, I think, Mikael has ever done, including the 'Damnation' record [from OPETH].
I think a lot of people thought, 'Oh, it's gonna be like 'Damnation'.' It's not; it's a long way from that, too. And it's actually a long way from anything I've done; [it's] possibly closer to aspects of things I've done, but really quite distinct from anything I've ever [released]. [It's] very orchestral, lots of strings, lots of guitars and vocals, too. Lots of very long songs that kind of go in different directions that you don't necessarily expect them to go in - almost theatrical in a way. And we both kind of admitted to ourselves that there are a lot of fans out there that are probably gonna hate it. But we're doing it for us.
The one thing we didn't wanna do is get together and do a prog-metal supergroup, which would have been so easy to do - and kind of expected, in a way. And, you know, we might do that anyway one day. But this time around, we thought, 'Let's just do this [kind of] record.'

Some people will love it and some people will not, and that's OK, because, in a way, I don't think we wanted to just give what was expected, and we're certainly not doing that." 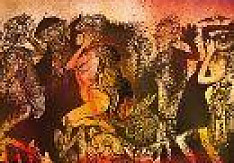 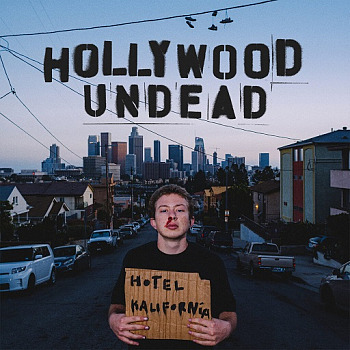